Erik is currently an Oracle ACE Director and  VP Enterprise Transformation as a lead strategist for Federal, State and Local Government and Commercial customers throughout the United States.  These customer engagements include enterprise cloud 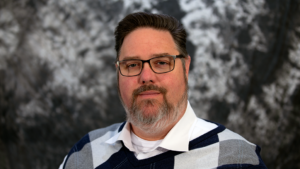 transformations, data center consolidation and modernization efforts, Big Data projects and implementations of Oracle Engineered Systems. He is a board member of the DC metro area National Capital Oracle User Group, a board member of the Independent Oracle Users Group (IOUG), Cloud Computing Special Interest Group (SIG) and he is actively involved with the  Oracle Enterprise Manager SIGs. Erik presents frequently at conferences, including Oracle OpenWorld, Oracle FedForum, COLLABORATE and other user groups and conferences around the United States. He has worked with Oracle and Sun Systems since the mid 90s, and is experienced with most of the core Oracle technologies.

When not flying to the far points of the country from the Atlanta Metro area, he enjoys spending time with his family at their Observatory, where the telescopes outnumber the people.